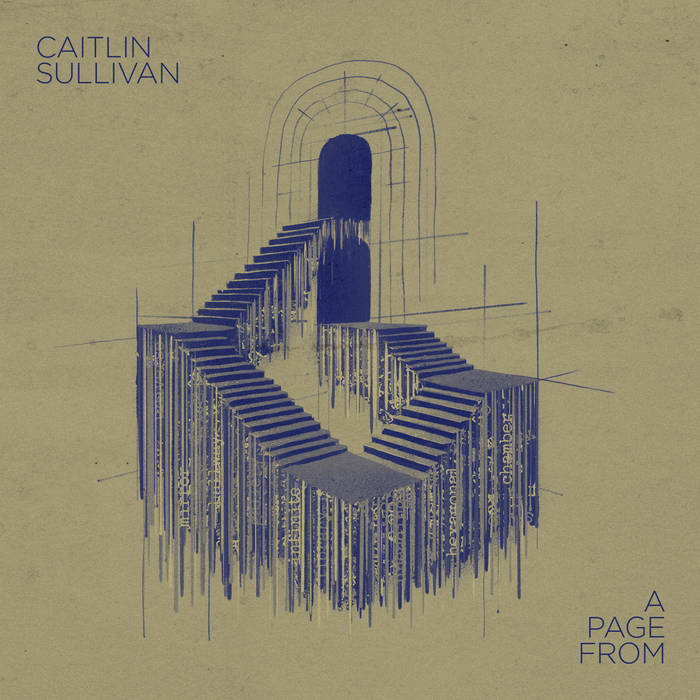 Daniel Craig I was going to order the CD today but it's sold out! :(

A Page From is the debut album from New York City-based cellist Caitlin Sullivan. The record is available through New Amsterdam’s Bandcamp subscription as part of the Windmill Series, a new digitally-focused set of releases for subscribers in addition to our regular release schedule. From April 19th 2019, it is available on all digital platforms and on CD.

On the album, Sullivan gravitated toward compositions where literature, poetry, lyrics, and folklore was the source of inspiration: “The transformation of written words into instrumental music is wildly abstract and totally subjective, and I enjoy this unique look into a composer’s thought process; the results feel so particularly personal, playful, stylized and imaginative. In this collection of pieces, the cello has been transformed into the narrator, the hero, the plot summary, the play on words; a story’s questions, and its answers. The composers represented on this album are some of the most thoughtful and inventive practitioners of their craft. To me, their bodies of work feel particularly vital to contemporary music, and it’s been an honor for me to play their pieces for cello.” – Caitlin Sullivan

"Ophelia" (Paola Prestini) for solo cello was written as a commissioned piece for the Klein String Competition in 2015, and depicts this tragic Shakespearean character lamenting from the grave. "confounded to decay" (Andrew Norman) comes from Sonnets, a collection of five short pieces for cello and piano, with each piece inspired by and titled after fragments of different Shakespearean sonnets. "Fast Flows The River" (Timo Andres) for cello and Hammond B3 organ is based on the setting for the anonymous folk song “Call John The Boatman.” The lyrics of the song describes a sailor who 'sleeps' more deeply the worse a storm buffets his boat. "The Reserved, The Reticent" (Sarah Kirkland Snider) for solo cello is inspired by the poem “As One Put Drunk Into the Packet-Boat” by American poet John Ashbery. This piece was the impetus for Caitlin Sullivan's research to find more cello works that embraced text as a musical point of a departure.

Sullivan commissioned three works for this album; "The Revolt Of The Stars" (Mary Kouyoumdjian) for solo cello and audio playback is inspired by the Armenian fable by the same name, in which the stars unite in an attempt to outshine the sun and the moon. The fable questions the effectiveness of ‘strength in numbers’ when a group that lacks strength in spirit rises up against those in positions of power. "my grave shall be the fathomless air" (Gabriel Kahane) for solo cello is a line from the short story The Library of Babel by Jorge Luis Borges. The story depicts a universe made up of a vast, mysterious, infinite library whose citizens are searching to understand the meaning of their world. "The Last Question" (Nicholas Britell) for solo cello is inspired by Isaac Asimov’s short story of the same name. An initial idea – a question – is posed early on. Over an indeterminate period of time, different attempts are made at finding a solution. Until, at last, all becomes clear.

Cellist Caitlin Sullivan has designed a multi-dimensional career as a performer of both classical and contemporary music based in New York City.

Bandcamp Daily  your guide to the world of Bandcamp